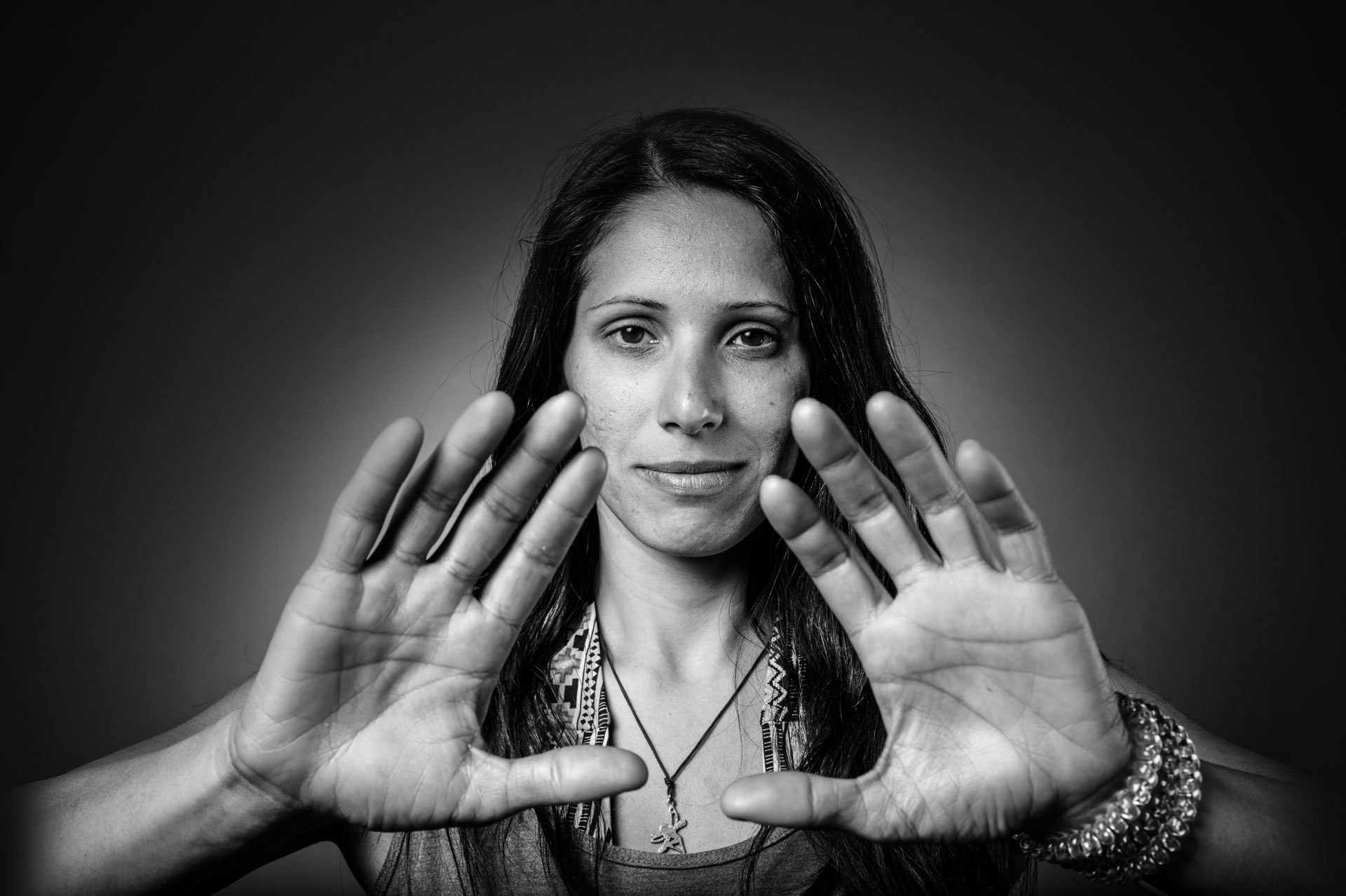 THE INDEPENDENT
NASIM ESHQI
Iran
Nasim Eshqi had been crowned Iranian kickboxing champion several times before discovering climbing at the age of 23. Despite the obstacles facing women in Iran, she puts all her energy into pursuing her passion and is now one of the major ambassadors of her sport. She considers the whole planet to be her home, traveling the world in order to discover new areas and develop climbing routes.
SHARE:

"When I’m climbing I feel the most equal. We are all the same. Ultimately, everybody is pulled down by gravity! I believe that in life, it all depends on your mind. My philosophy is that if you want something, the whole world will help you to get it."

When I started climbing, it just totally absorbed me, because it gave me more freedom. In climbing, you can dance on the rock and everybody can do what they are able to do. Everyone can climb a route differently. What I appreciate about climbing is not only the ability to push myself to the limit, but the fact that when I’m climbing I feel the most equal. We are all the same. That’s because, ultimately, everybody is pulled down by gravity! There is no other hierarchy. If you want to climb a route, you have to master the technique to get it done, and that’s the same for everybody. I find that very beautiful.

What brought you to bolting?

I started climbing with a small group. I believe I was lucky that I was introduced to climbing by the right people. And I was probably also the right person for this group. We had a coach who also taught us how to open routes. I liked this idea so much that I totally got into it. We went to places that had not yet been developed and bolted new routes, always opening them from the ground upwards. This way, we not only used the routes that were already there, but we gave something back for the next generation. For me, it was the perfect thing to do and a great adventure.

How would you describe the process of bolting?

Opening routes is not at all comfortable; it’s a lot of work and it makes you tired. But there’s great energy to the whole process, and that’s what I like about it. For me, it’s a very creative process. It’s all about finding a line on the rock, maybe a crack or holds that follow one after the other. Sometimes you can see a logical line very quickly and sometimes you have to look carefully. You think about the purpose of the route, whether it’s going to be a trad line or a sports line. Whether it’s only going to be attempted once or whether you want to establish this line as a route for other people as well. In that case, it comes down to the question of how to bolt it so that it’s safe for everybody to climb.

Was choosing to dedicate your life to climbing a difficult decision?

I chose to lead the life of a climber. In Iran, this was seen as a very strange decision, not only for me as a woman, but generally as a person in the climbing community. Nobody would dedicate their whole life to climbing without having a proper job. If I wanted to lead a life that was considered right, I would have had to get a job, buy a house and have a family. I knew I would have no regular income and no insurance, so it was a risky lifestyle choice. However, I accepted this and I left everything behind. It was a huge step, but you never know if you’re going to still be alive tomorrow. I started traveling, working on and off, and leading a very simple life.

Did you ever have any problems or experience difficulties?

When I started climbing, I had no one beside me. Many people were against me, especially women. I had to fight in mental, not physical terms. When I joined the climbing community, it was a man’s world, as was Iran. You had to play by their rules. In some situations, I really had to fight to make a stand. However, you cannot always fight; you cannot waste all your energy fighting. You need to find a way to deal with difficult situations. For me, the best approach was to close my ears and do what I wanted.

Over time, I got better at climbing. I climbed harder grades and traveled a lot. My story went on to be covered in European magazines and in the media. Finally, even people in Iran started to take an interest in me, and I was invited to hold slideshows and presentations. In some ways, people who were against my lifestyle before are now my fans.

After going through this experience, do you have any message for others, especially for women in Iran?

It’s actually very difficult to understand the mentality of other countries. I have no message for Iranian women and I don’t really have a message at all. The one thing I would like to share from my experience, however, is not about women or men, but rather about the system as a whole: From the moment you choose to go your own way and to do what you really want to do, you must close your ears and you must not care about the judgements of other people. You have to trust in life. I believe that it all depends on your mind and on your wishes. My philosophy is that if you want something, the whole world will help you to get it.